HomeTHE WHAT, WHY AND HOW OF INDIA’S DRUG PROBLEM

THE WHAT, WHY AND HOW OF INDIA’S DRUG PROBLEM

“I have been a user for 24 years of my life. And I have been clean for the last 6 years, so it becomes easy for me to create a connection with the incoming addicts and I can easily bond with them, thus guiding them on the path towards recovery.”

This was Mr. Subimal Banerjee who heads the Drug Deaddiction Department at SPYM ( Society for Promotion of Youth and Masses), one of the most prominent organisations in the country working in the field of substance abuse and addiction. SPYM is a 38 year old organisation which opened its first Drug Deaddiction Centre way back in 2000 and from then, they have progressed to having 6 centres in the National Capital itself. Their main area of interest is working with the underprivileged, the homeless, the street children and deprived women in matters related to drug addiction and creating awareness about drugs and busting pre-existing myths and stigmas related to it. In fact, SPYM is the only organisation in the country providing specialised drug treatment services to young adolescents and juveniles in conflict with law.

When it comes to a country like India, the journey to solving the drug problem is a tough but complicated one. Here, a mindset change amongst the general population is more important to bring about a cultural shift in how the country views drugs and addiction itself. Drug addiction must be taken from being considered a social stigma to being seen as a serious medical condition. It is this very mindset that has led to drug users being subjected to humiliation and brutality across the country instead of being taken down a path of recovery. And not just India, this sort of thinking is prevalent worldwide. “ Take the example of Phillipines, recently 6000 users were picked up and taken by ship to the middle of the sea and shot and their bodies dumped in the ocean. What are you trying to solve by propagating such ideas and taking such extreme actions. It’s no solution to the problem at hand.” Said Mr. Banerjee. It is this very stigma that the organisation is trying to battle.

It is upto the coming generations to leave traditional societal norms and such archaic thinking behind.  And to achieve this goal, a program was conducted in Chandigarh by AIIMS and the Narcotics Control Bureau, where the Ministry of Social Justice inaugurated the Navchetna Module designed by SPYM, which aims to target students between classes 6-11 in matters relating to drug awareness. “ And the prime goal behind this is to create awareness, not curiosity. Because in a child’s mind, when he’s told not to do something, then they make it a point to do that exact something…like they tend to think more about it when they are denied something. So our purpose is to create enough awareness so that child can make the correct decision on his own or refer to adults in case of a dilemma instead of going out to experiment himself.” explained Mr. Banerjee.

Getting into the ‘why’, the reasons as to why people get themelves trapped into the vicious cycle of addiction are no different, be it the urban or rural setting. “To put it simply, it feels good. When I myself started, I felt good. But on top of that, other factors come into play, like your immediate surroundings, the people you surround yourself with, the demography, genetics also plays a role and the kind of culture one is exposed to.”  stated Mr. Banerjee.

The one thing, however that the organisations can’t change and believe to be one of the major challenges in their operations is the same sociocultural setting conducive to addiction the patients will ultimately go back to after getting discharged from the rehabilitation centre that made them victims of abuse in the first place. “Take an example of a child, coming from a lower class background say Seemapuri, now that is an area where every 2nd house resides a peddler. So it becomes quite a challenge for us to get patients out of this vicious setting.”

The problem with addiction is that one can never catch it halfway, one realizes the consequences only when its too late. A person who’s looking to recover will never directly reach out for support, instead he will try to contact the organisation through a subsidiary and inform him beforehand to not disclose any of his details and maintain anonymity.  “But still he understands that he needs help and that is essentially the first step in the journey towards recovery. Because most addicts live in  a state of constant denial and refuse to believe that they need any sort of help or support.”  Said Mr.Banerjee. The willingness of the person is of prime importance to guide him to rehabilitation. It is upto the patient to follow up the doctor’s advise and follow the instructions given to him to the T. The patient must surrender himself to the process. But that’s not all it takes. It is the patient’s social support that must prevent him from going into relapse and treat him with the utmost care and not trigger any responses that might make him go back to drugs.

When asked about what does his personal journey and the organisation’s looks like and what do they hope to achieve in the coming years, Mr. Banerjee said, “ If you ask me I always aim to achieve the impossible and I know beforehand that my dream is unachievable. My dream is to see a drug-free India one day . And I know that we can’t achieve this because what we are looking at it’s a utopian idea. But we still keep moving forward and strive to get as close to our target as possible and change the lives of as many people who are looking to take their first step towards recovery and rehabilitation.” 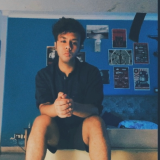